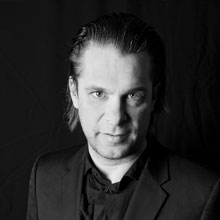 Homer Simpson produced the “radical genius” Dutch cabaretier Hans Teeuwen’s  UK tour of  REAL RANCOUR in autumn 2016.   He was described by Stewart Lee as ‘’One of the greatest stand-ups ever” during his sold-out Soho Theatre run in September and received critical acclaim from the national press during his following short UK tour and 12 dates at Leicester Square Theatre in November 2016.

“Teeuwen is among the funniest performers I have seen, and his sado-Dadaist cabaret is a masterclass in laughter … [he] brings to the material a potent combination of delinquent devilry, recklessness and a commitment that is so intense, so physical, it could stun anyone at 20 paces.  Which is more or less what Teeuwen does.” ★★★★★ The Guardian